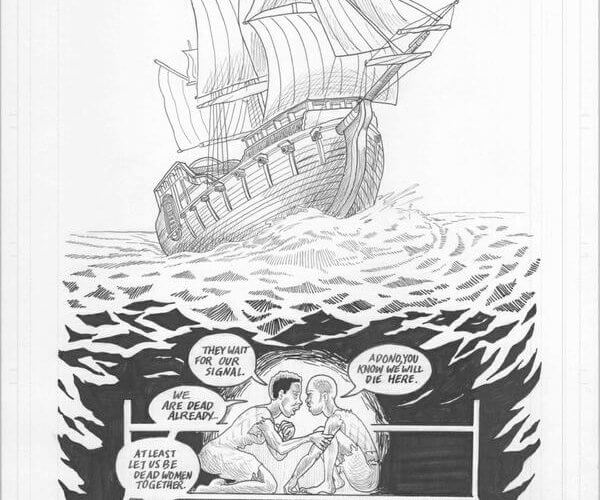 Rebecca Hall was not buying it – that there were no Black women heroes among the many enslaved people of African descent who led revolts on plantations in the United States. In fact, New York City saw a women-involved insurrection in 1712, after which 21 enslaved people were publicly executed. Among the 21 were four Black women – Amba, Lilly, Sarah, and Abigail. They are among the women to be brought to life in Hall’s upcoming graphic novel, Wake: The Hidden History of Women-Led Slave Revolts.
Wake, illustrated by comic artist Hugo Martinez, is a 150-page novel informed by the author’s 2004 award-winning dissertation. Hall was told these women did not exist, but during 15 years of exhaustive research, she followed her gut belief in the stuff Black women are made of.
Hall believes that depiction in graphic-novel form renders this history accessible and impactful across ages and cultures. The format includes speculative fiction mixed in with known historic accounts. For example, some of her characters are inspired by the real-life Dahomey army that informed the Dora Milaje of the Black Panther movie. Hall’s novel has been picked up by Simon Schuster with a publication date to be announced. Find out more about the manner in which Black women have historically resisted enslavement by clicking on the link provided below.