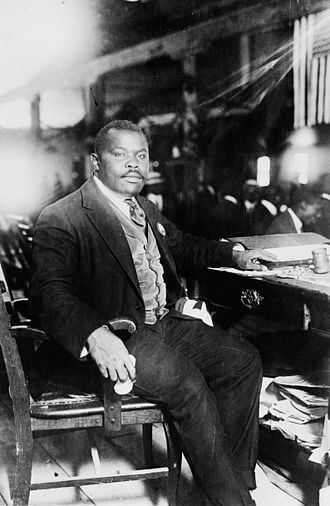 As the most powerful and far-reaching organizer of Black people the world has known, the legacy of Marcus Mosiah Garvey offers lessons. With a focus on cultivating Black self-regard and self-sufficiency, he brought together millions of people throughout the African Diaspora under the auspices of the Universal Negro Improvement Association and African Communities League (UNIA/ACL). In Africa, Europe, the United States, the Caribbean, Central and South America, Australia—and beyond, UNIA/ACL membership swoll. Founded in 1914, Garvey’s movement is reported to have included more than 7 million people, operating out of 1,200 branches in 41 countries. Drawn to the UNIA/ACL aim to end racial subjugation, Black people united en masse to establish cultural, economic, and political sovereignty.
As current national and international protests against racial injustices persist, and communities organize to end terror against Black people, the value of studying the UNIA/ACL is glaring. Learning how such far-reaching organizing was achieved —as a study in how to accomplish similarly today—presents an opportunity to use historical knowledge to inform the present. One hundred years after the UNIA reached its height, informed organizers could stand on its organizational shoulders to reach higher.
In celebration of Garvey’s August 17th birthday and the centennial anniversary of the UNIA/ACL’s 1920 monumental New York convention, let’s remember, study, and apply lessons that produced massive successes. Click below to view a video lecture by renown historian Dr. Tony Martin, who chronicles the organizational genius of Marcus Garvey. Consider the first 19 minutes of the video an introduction to the organizing abilities Black folks have demonstrated over time. 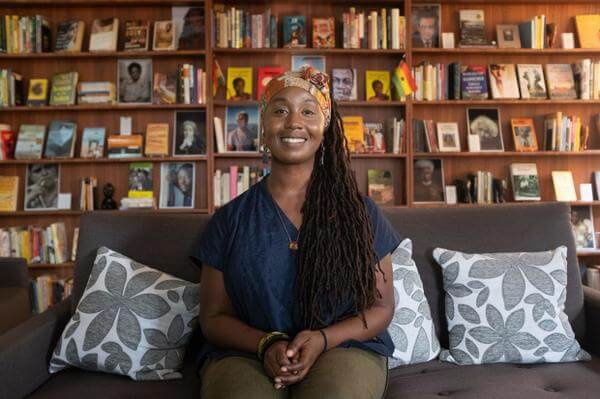 The Library of Africa and the African Diaspora Opens in Accra, Ghana

It was her love of African and African Diaspora literature that compelled Ghanaian-British writer Sylvia Arthur to source and organize the Library of Africa and the African Diaspora (LOATAD). Recently opened, the assemblage of new, old, and rare books began 2 years ago with Arthur’s donation from her personal collection. Library holdings now include more than 4,000 titles. With the intention to celebrate the literary power and freedom that binds people of African descent, the collection is described as a “decolonized private library and a literary oasis.” The library site doubles as a reunion zone where author readings, spoken word performances, film screenings, discussions, debates, and literary dinners are frequently hosted.
While not a part of its formal description, LOATAD offers the African Diaspora community a towering example of what Black self-regard can generate. One focused and resourceful person taking action, can turn great visions into reality. Click below to learn more about an amazing Sister who created an amazing library, with the entire African Diaspora in mind. 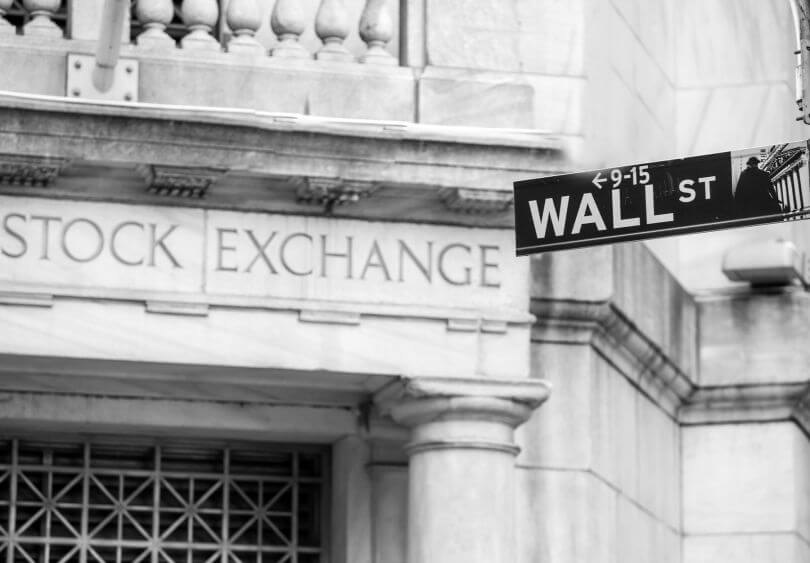 Projected to open in 2021, the Dream Exchange will become the first Black-owned US stock exchange. Securities attorney Joe Cecala and investor Bill Ellison have teamed up to help facilitate the transfer of funds between investors and businesses that want to go public, with particular attention to smaller Black-owned companies. While the New York Stock Exchange increasingly caters to owners of the most lucrative businesses in the world, the Dream Exchange will provide a more inclusive environment in which developing companies can participate and grow.
The Dream Exchange also provides an example of how Black people working together achieve highly. Click below to learn more. 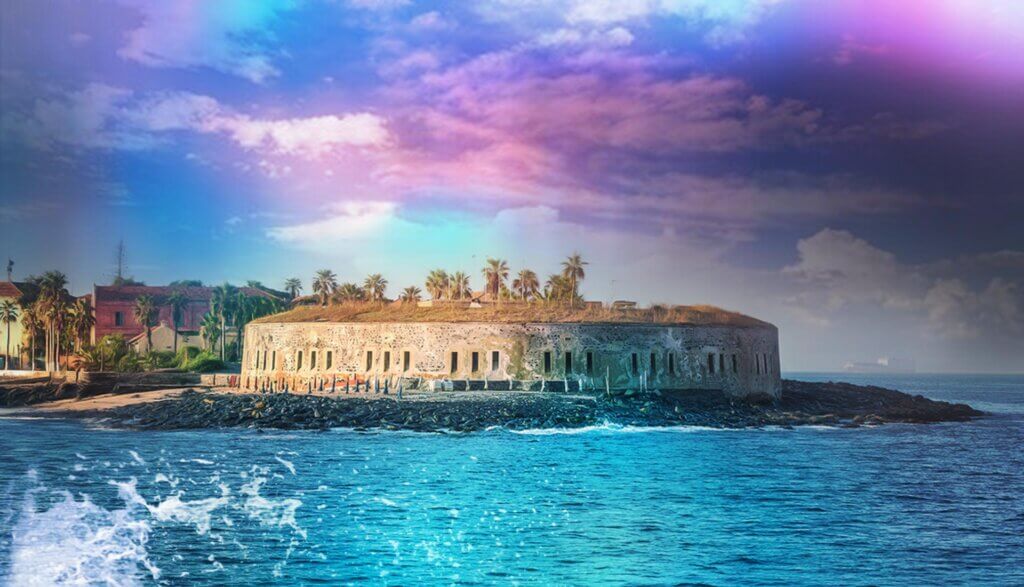 Anticipating the joy members of the African Diaspora family are poised to experience when they reunite, Black Kids Swim—a Maryland-based nonprofit dedicated to supporting competitive Black swimmers—is preparing 2 celebrated African American swimmers to join their Senegalese cousins for a historic event. The occasion will be the 33rd annual Dakar to Goree Island swim when hundreds of Senegalese swimmers retrace a portion of the ocean route traveled by their stolen and enslaved ancestors. The 3.5 mile open water event is a tribute to those taken across the Atlantic ocean and those who defiantly attempted to escape by swimming in chains, for freedom.
Former captains of Howard University’s swim team, Skylar Smith and Noah Nicholas are training hard—mentally, physically and culturally—to complete the swim strong. Their participation will not only help dispel stereotypical assertions that Black people don’t excel at swimming, it is intended to fuel cooperative partnerships beyond the waterways. Click below to read more about the commendable efforts of Black Kids Swim to forge functional unity between and among people of African descent. 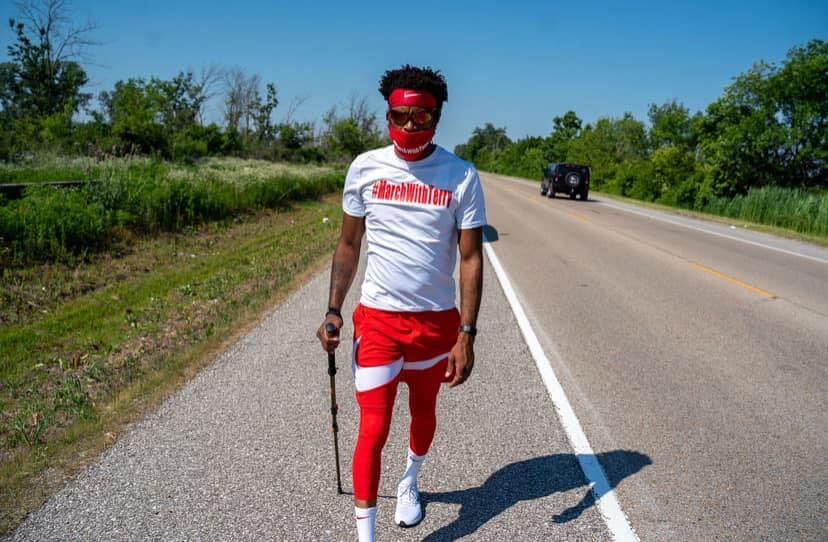 It was his heartfelt quest for justice and equality, commitment to being a powerful example for his son, and the insatiable call to action he heard—as a man—that compelled Terry Willis to walk 1,000 miles. He was looking for a way to contribute to the national and international protests against racial injustices, sparked by the police killing of George Floyd. According to Willis, he had to do something. So he walked from Huntsville, Alabama to the Minneapolis, Minnesota site of Floyd’s death.
Wanting to underscore the national dimension of police killings, Willis extended his walking route to stop in Louisville, Kentucky and Ferguson, Missouri, cites where Breonna Taylor and Michael Brown were also killed by police.
Click below to learn more about how one man thoughtfully, publicly, with regard for his responsibility to his 7-year-old son, chose to support the fight against racial terrorism. 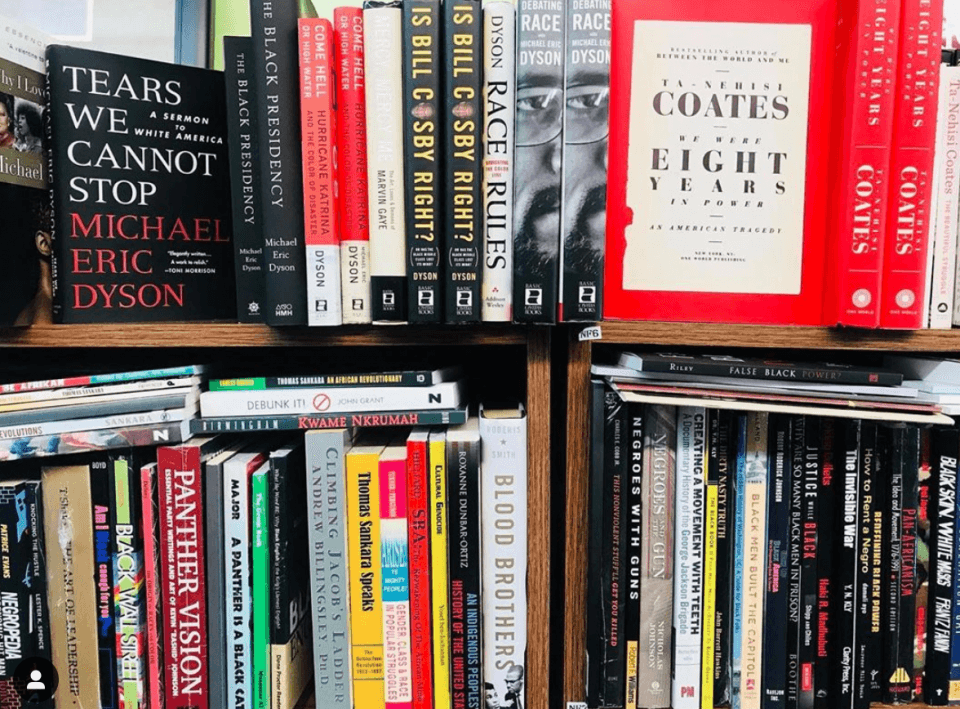 As people turn to books about Black life to discover insights that inform the current call for racial equity, Black book sellers are experiencing significantly heightened sales. Their good fortune provides a wonderful reminder of how reading books can inform decisions and solve problems. In fact, the same way reading can help solve problems, it can help prevent them.That’s why you may want to make purchasing books about Black life a permanent monthly expense. On behalf of furthering self-knowledge, let’s make the current increase in Black book purchases a new norm. Click below to read more about a Black book seller who would love to become your monthly “know thy self” provider. 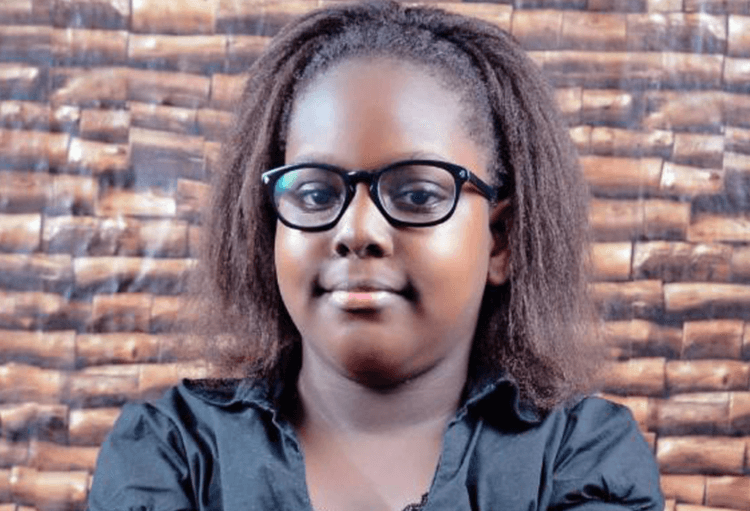 Emmanuella Mayaki’s coding and programming abilities are remarkable. That’s why she was asked to teach youth in the coding club at Southfield Primary School in Coventry, England. The tech prodigy has earned software program certifications in Desktop Publishing, Advanced Excel, and a host of other programs as she continues expanding her range of expertise.
What is also amazing about Emmanuella is what appears to be an exceptional assuredness when it comes to visioning her life. At age 7 she set a clear and definitive goal to become a professional web designer and analyst by age 9. That’s exactly what she has accomplished.To learn more about Emmanuella’s expanding realm of genius and what a clear vision of life can help produce, click below. 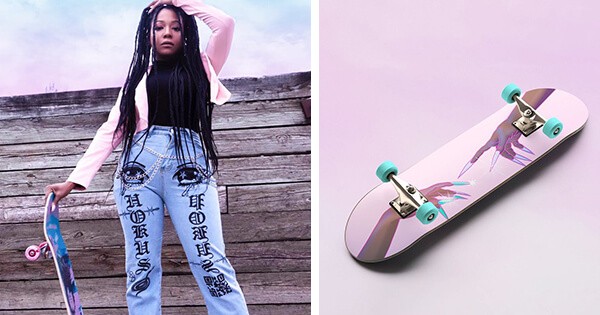 Latosha Stone is in the business of selling skateboards. As an avid skateboarder and artist, she created the company Proper Gnar in order to sell skateboards and boarding gear that reflected visual sensibilities appealing to Black women. Applying a variety of grit and daring associated with skateboarding maneuvers, Stone appears to bring entrepreneurial strength and agility to the business she has operated since 2013.
Being included in Beyonce’ Knowles’ recently published Black Parade Directory of Black Owned Businesses certainly supports Stone’s continued success. Click below to learn more about the young person holding her own as the only Black woman selling skateboards in the $2 billion global skateboard market.