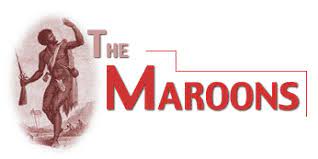 Over time, Africans and their global descendants have persevered and achieved the impossible, again and again. No circumstances better illustrate their remarkable strength and tenacity than periods of enslavement. In the United States, the Caribbean, Central and South America, and other locations—Black people routinely refused to be enslaved, and established places, processes, and protective strategies for becoming and remaining free. The powerful people who fought to live in self-governing communities became known as Maroons.
Maroon history is extraordinary in its display of courage, ingenuity, and the ability of Black people to thwart subjugation and create independent communities. From smaller short-term locations in the United States, to the nearly 100-year-old nation of Palmares in Brazil—the size, span, and governance of maroon communities varied widely.
What did not vary was a pattern of building safe communities where Black people controlled their destinies. After all, those were the kind of communities, indeed nations—like the Asante kingdom—from which many Africans were stolen. Considering the multitude of self-governing skills and abilities enslaved Africans brought and passed on to their descendants, the prevalence of maroon communities throughout the Diaspora becomes a logical expectation.
Because maroon history represents the collective efforts of Black people around the globe to organize themselves as sustained, autonomous, protected communities, its area of study may
be among the best to inform how people of African descent can build and sustain productive communities today. Click here to learn more about this rich area of study and the enduring lessons it offers.
Click here to access an engaging video about the prevalence of maroon communities.
Bonus!
To learn how maroon history can help socialize healthy Black communities, click here to purchase “The Maroon Within Us,” a book by Dr. Asa Hilliard, from Black Classic Press.