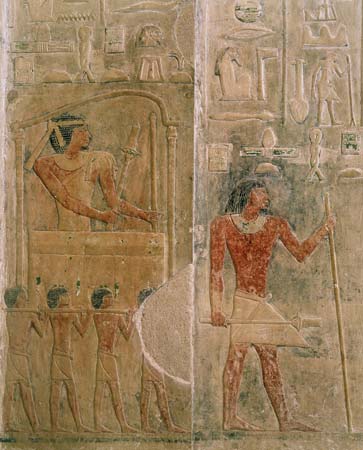 One of many reasons to love African culture is the moral behavior varied traditional practices encourage. In fact, one of the world’s oldest text about ethical instruction, The Book of Ptah Hotep, was written by an early African more than 4,000 years ago. Ptah Hotep, great sage, and advisor to Pharaoh Djedkare Isesi of Kemet/ Egypt, wrote a set of directives that offer insight into the high regard Africans afforded ethical behavior. The instructions underscored the importance of telling the truth, treating people with compassion, communicating respectfully, and a host of other behaviors that foster good character development.
For example, The Book of Ptah Hotep directed Africans to listen inwardly to their hearts for guidance, rather than to chase only material wealth, “for riches are of no avail if one be weary.” Readers were reminded to be gracious and cooperative with others, because “quarrelling in place of friendship is a foolish thing.” Highlighting the importance of listening and observing to understand people and events, Ptah Hotep stated, “silence is more profitable unto thee than abundance of speech.” The sacred writings not only offer a glimpse into the ethical orientation of ancient Africans,  they provide written evidence of the moral leadership Africans contributed to the world.
Click below to learn more about the wisdom of Ptah Hotep that can still be accessed today. 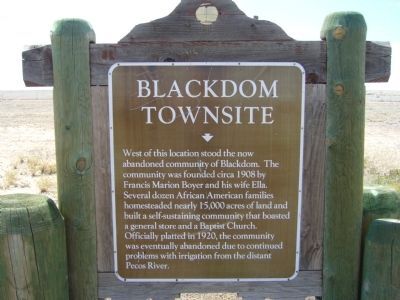 Throughout history, by taking one step at a time, Black people have fashioned a legacy of perseverance. Francis “Frank” Baylor personified that legacy in 1899 when he walked 2,000 miles from Georgia to New Mexico. Searching for a less racially terrorized location where Black people could live, Baylor walked until reaching an area that would become Blackdom, New Mexico’s first Black settlement.
The city was named “Blackdom” to reflect its residents desire to live in a Black kingdom. They dreamed of a town where Black people could grow and prosper. They yearned for a city they would control and call their own. Over a span of 30 years, citizens of Blackdom erected a host of buildings, institutions, and businesses that included a church, school, hotel, blacksmith shop, and post office. Black citizens were recruited from around the country to help build and expand a township that reportedly grew to more than 700 residents.
Click below to learn more about the work of Frank Baylor, a bold and relentless Brother who—by planting one foot firmly in front of the other—powerfully exemplified what is possible when Black people “walk their talk.” 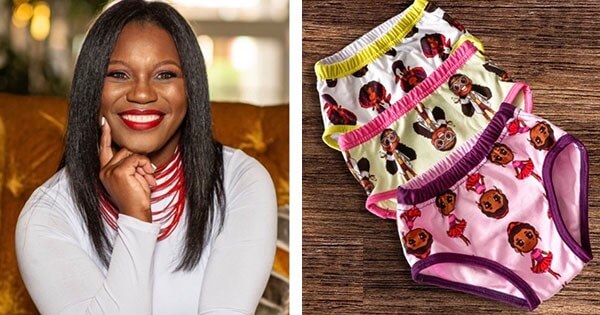 In 2019, what started as a normal day of shopping, sparked the beginning of a business venture when Yolanda Perkin’s daughter said to her mom “I want something that looks like me on it.” The 6-year-old was not impressed with the designs of cartoon characters depicted on underwear she was asked to choose from, because the images did not look like her. Fortunately, her mother listened. Months later, Parker was inspired to launch Undies by BlendiTone, a line of underwear adorned with imagery of children of color. As a recent recipient of the NAACP and BeyGood $10,000 Impact Award, Perkins now has startup funding to help grow and scale her company.
Any day a Black child inspires their parent to launch a business that affirms self-regard, is a time to celebrate. That is especially true when the parent was formerly incarcerated, yet chooses not to allow past challenges to hinder future success.

Click below to learn more about the invincible spirit of Yolanda Perkins, a mother-turned business woman, who  appears destined to succeed. 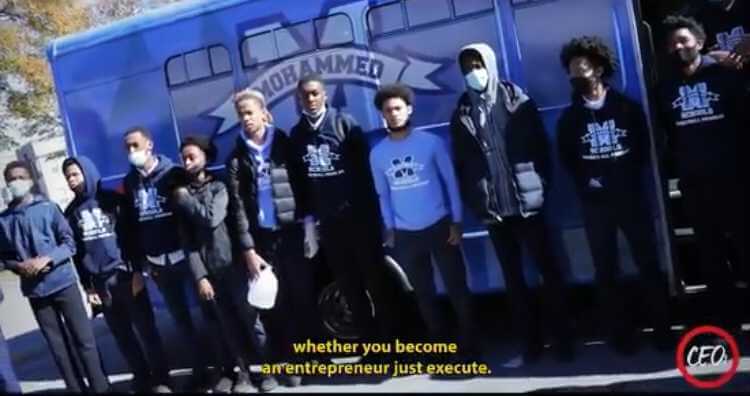 After learning that the W. D. Muhammad basketball team had struggled for years to transport team players to games, entrepreneur Jason Lobdell got busy. He reached out to the CEO Circle, a network of Black business men, and invited them to help. “I called my brothers and said, ‘Look, there’s this school and they need help getting to their games,’ and so I thought, ‘What better way than to get them a bus.” And that’s exactly what the men did.
When the $27,000 purchase was presented to the team, eyes reportedly filled with tears. More than a bus that would simply transport, the gift represented how Black men are responsible providers who love and take care of their own.
Click below to learn about 5 Brothers who saw a need and stepped up. Be reminded that Black men throughout the world step up, in varied ways, everyday. Their acts of love and responsibilty are more easily identified when we look for them. 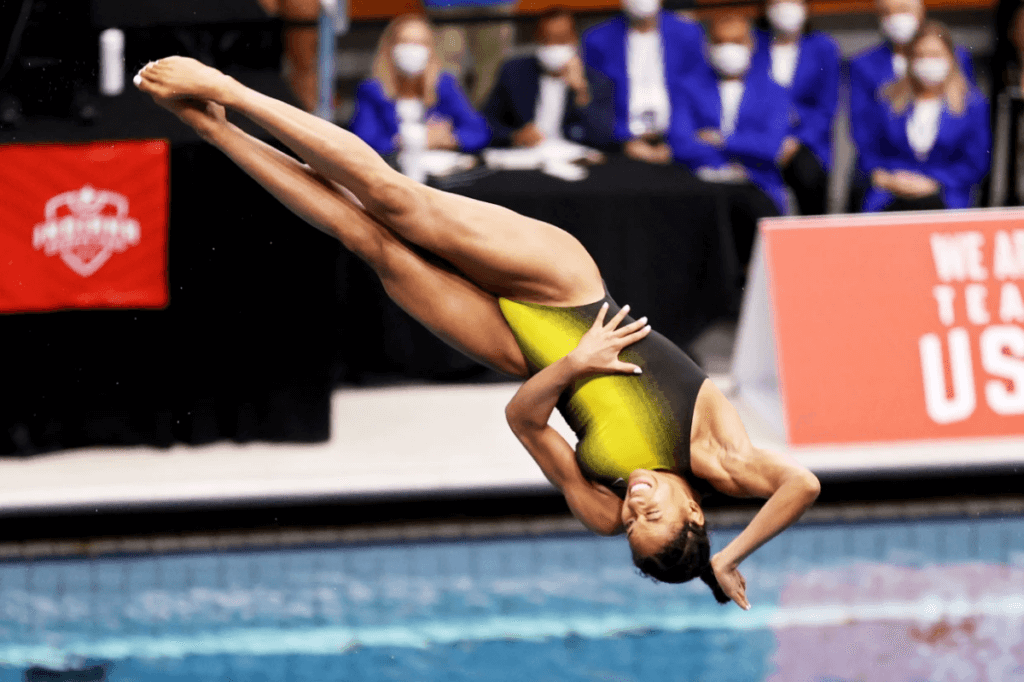 The long-standing notion that Black people are not well acclimated to water sports is readily loosing credibility as more and more prove to be world-class aquatic athletes. Most recently, Kristen Hayden became the first Black woman to win a national senior title at the recent USA Diving winter national championships.
Additionally, the 23-year-old Indiana university student will be the first Black diver to compete in the upcoming 2022 World Aquatics Championships in Japan.
Click below to learn more about Kristen Hayden and her extraordinary world champion talent. 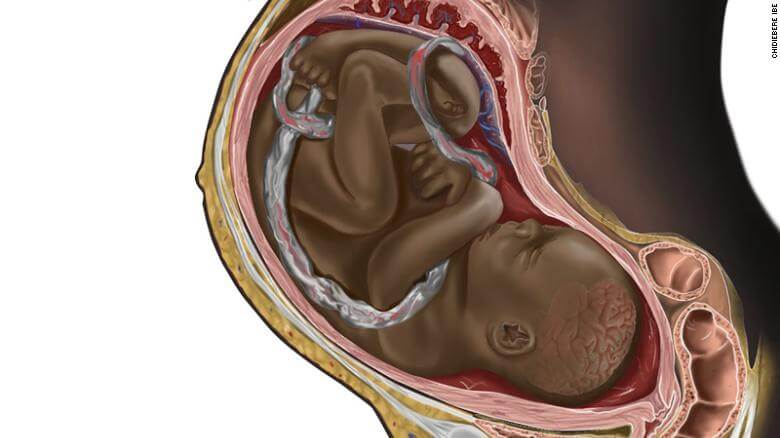 The well known adage “A picture is worth a thousand words” certainly applies to an illustration of a Black pregnant woman and fetus that recently garnered massive internet attention. It was the work of Chidiebere Ibe, a Nigerian medical student and illustrator who rendered a common subject in a less common manner. Countless people on social media indicated they had never seen a medical illustration of a Black person. Ibe’s depiction highlighted the need for training images that reflect the varied complexions of people that medical professionals serve.
Considering how skin color often factors into the process of diagnosis as a health indicator, incorporating images of dark and varied complexioned people into medical trainings is a critical matter that impacts professional proficiency.
Click below to learn more about the work of Chidiebere Ibe and his great example for improving medical illustrations. 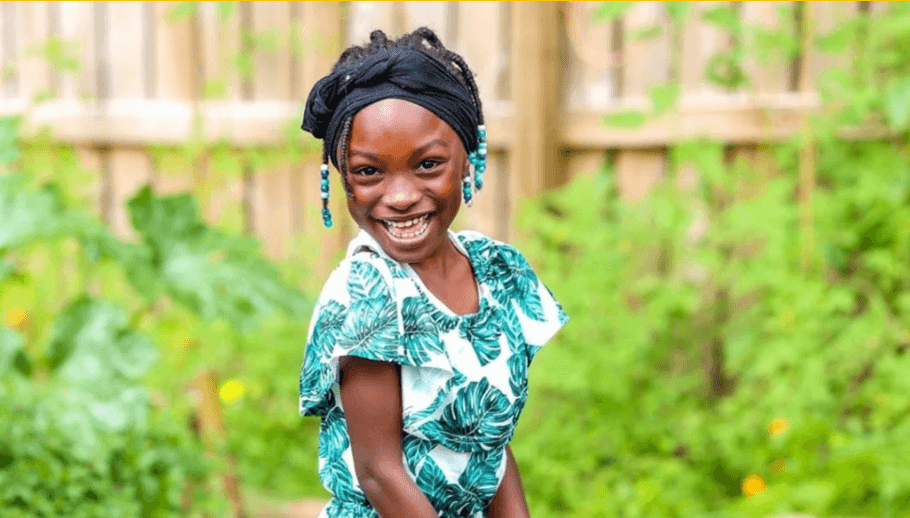