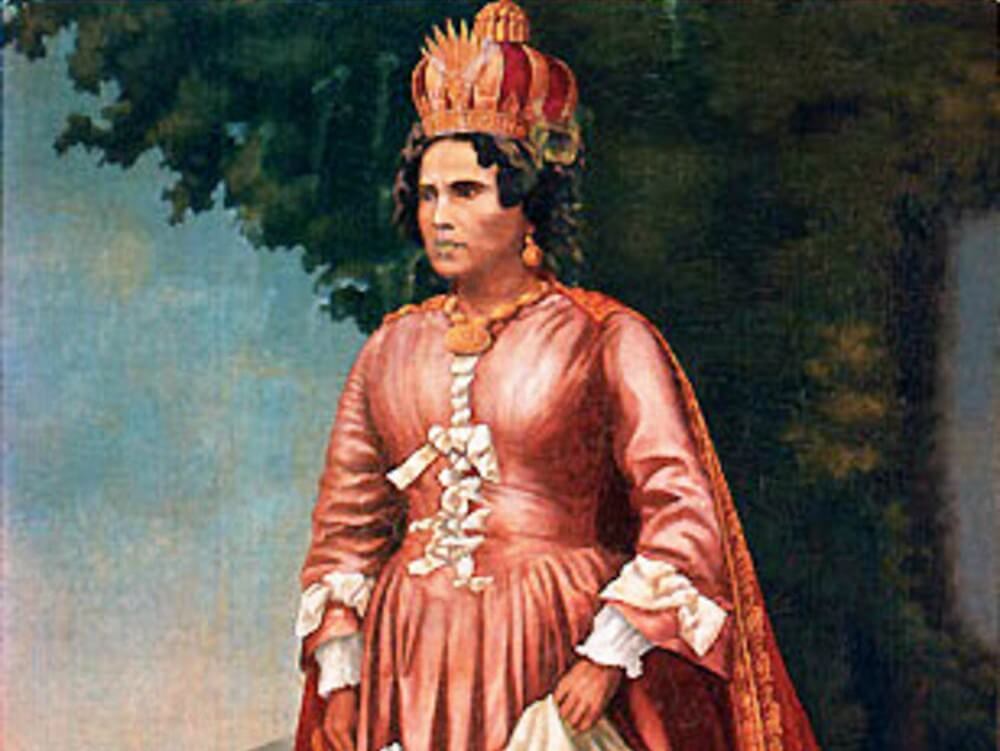 One of Africa’s strongest 19th century rulers, who refused to accommodate European encroachment, was Queen Ranavalona I. The calculating strategist inherited the throne in 1828 and ruled Madagascar for more than 30 years. Unlike her predecessor, known for striking alliances that allowed the introduction of European culture into society, Ranavalona I was fiercely protective of her ancestral values and limited the practice of foreign customs, including Christianity, in Madagascar. That aspect of her reign is why Queen Ranavalona I is often disparaged in historical literature.
During her reign, Ranavalona I strategically derailed and militarily defeated multiple French and British attempts to colonize the large island nation. Her cultural integrity, self-reliance, and prudent military command kept Madagascar free and sovereign throughout her reign.
Queen Ranavalona I famously advised those who would criticize her to “Never say, ‘she is only a feeble and ignorant woman, how can she rule such a vast empire?’ I will rule here, to the good future of my people and the glory of my name! I will worship no gods but those of my ancestors. The ocean shall be the boundary of my realm, and I will cede the thickness of one hair of my realm!”
Click here to learn more about Queen Ranavalona I, the brilliant political, cultural, and military strategist who preserved Madagascar’s independence. Be reminded that cultural integrity is powerful.

Recently, the Ambassador Bridge, a major United States-Canada border crossing, was blocked by truckers protesting COVID-19 vaccine mandates. The longest international suspension bridge in the world, the Ambassador Bridge is also one of the busiest and most economically significant bridges in the Western Hemisphere. As protests prompted discussions about its critical value to international economies, the critical value of Cornelius Langston Henderson—the Black man largely responsible for its design and construction—was exemplified.
Henderson, a 1911 engineering graduate of Michigan State University, endured tremendous challenges to complete his education amidst a racially hostile and isolated learning environment. It turns out that because white classmates excluded Henderson from established peer learning processes, he became a fiercely independent student who depended solely on himself to learn civil engineering skills. As a result, Henderson reportedly graduated with exceptional proficiencies in mechanical engineering and architectural design, with heightened knowledge of steel construction.
Despite rampant racial discrimination, Henderson’s exceptional engineering competencies secured him employment with the Canadian Bridge Company where he was eventually appointed Chief Structural Steel Designer. In that capacity, he played a leading role in the construction of  the Ambassador Bridge. Thereafter, Henderson’s advanced skills in structural steel design made him a highly sought-after civil engineer around the world.
Click below to learn more about Cornelius Langston Henderson, the extraordinary engineer whose genius is prominently displayed as the Ambassador bridge.
BONUS VIDEO: Click below to view the amazing video about Henderson’s little known, yet incredible legacy. 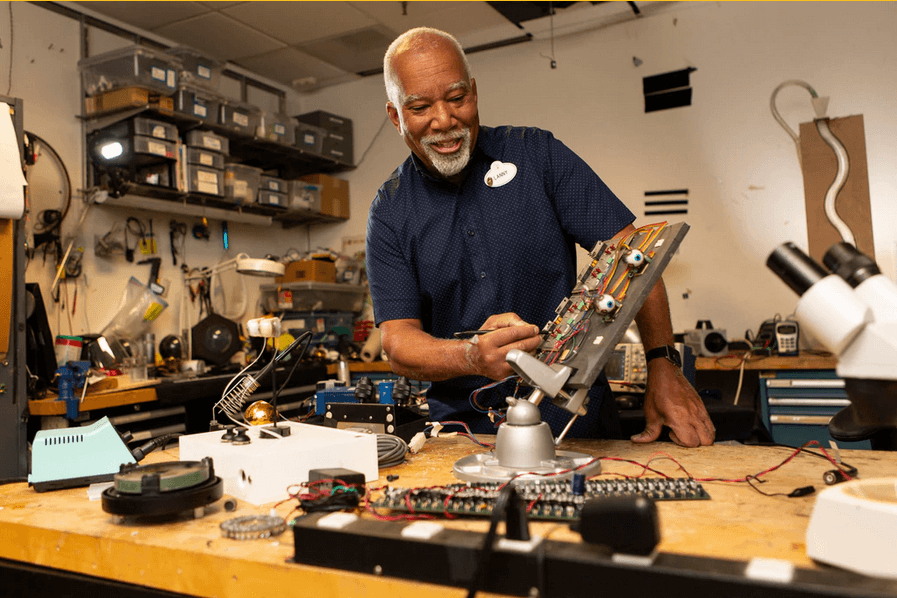 More than any other Walt Disney creator, Lanny Smoot has acquired 102 patents for creative production technologies. Each represents some new intelligence that improves animation, multi-media, and other aspects of imaginative visual production. From the Kim Possible World Showcase Adventure, to the lightsaber swords used in Star Wars Launch Bay, Smoot has invented technologies that stimulate the perceptual senses of millions in the land of Disney and beyond.
Outside of Disney, the veteran scientist and electrical engineer has brought award winning advances to theatrical performances around the world. He  plans to bring more fascinating innovations—like a 3D display that does not require viewers to wear 3D glasses—to the wider entertainment industry.
Click below to learn more about the creative genius of Lanny Smoot, a Brother who happens to be one of the world’s most prolific theatrical tech innovators. 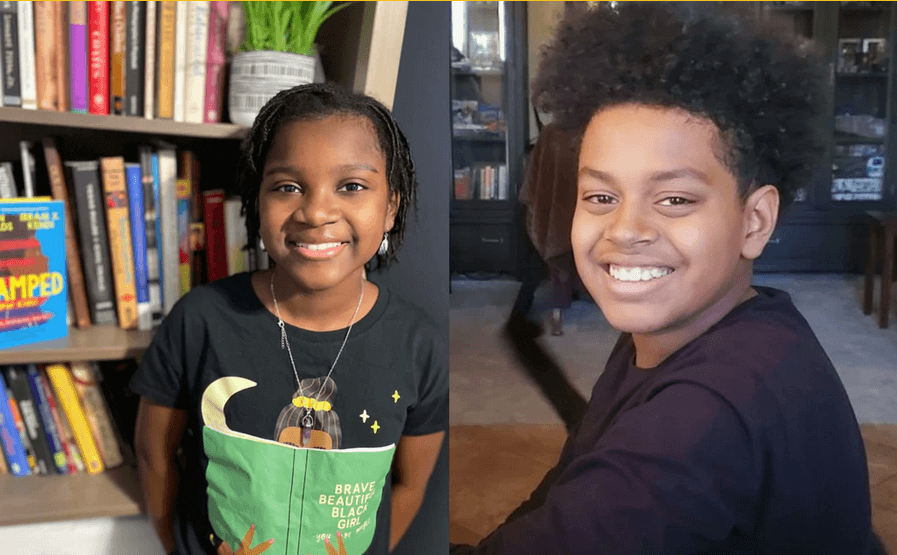 Hindsight has often revealed past problems to be solutions in disguise. That’s how many might describe the recent anti Critical Race Theory (CRT) crusades that are removing books and curriculums about Black life and history from schools around the country. In response, Black students and parents are forming independent Black book clubs. While continuing to fight against the banning of Black subject matter, Black people are uniting to make sure Black children read books that reflect accurate, complete, and empowering stories about Black life. By far, that’s good news!
Click below to learn more about the two Black middle-school students and others around the country who, by organizing independent book clubs, are revitalizing a long and distinguished legacy of Black literary societies. Be reminded of this powerful opportunity and reason to unite.

To help Black social media contributors better control and benefit from their involvement, Isaac Hayes, III is building Fanbase, a platform designed to represent and equitably compensate Black patrons, especially creatives.
Isaac Hayes, III is the son of award winning singer, songwriter and producer, Isaac Hayes, Jr. Despite decades of epic success, Hayes, Jr. experienced bankruptcy and eventually lost control over much of his music. Informed by his grandfather’s misfortune, Hayes III, explains why building Fanbase is essential. “Now that we’re in this digital space and all sort of content is being made, Fanbase gives the ability for people to own their opportunity, democratize their distribution and access their monetization without having to go through larger companies that either have predatory deals or take advantage of the user.”
Click below to learn more about Fanbase, the social media platform Isaac Hayes, III  is building to better compensate Black folks and other users. Be reminded of the tremendous social media value Black people can control. 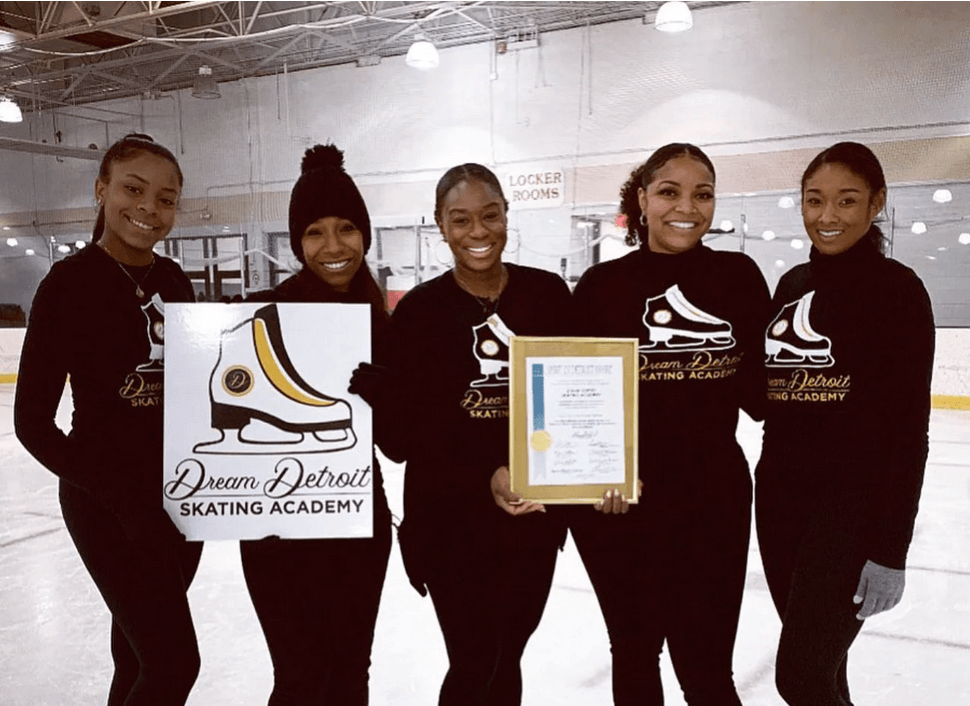 Inspired by Langston Hughes poem “Dreams,” that affirms the importance of pursuing life aspirations, Angela Blocker-Lloyd, Candace Tamakloe, and Crystal Stewart realized their shared ambition when they recently opened Dream Detroit Skating Academy. It is the first Black-owned figure skating club in Michigan and provides beginner to elite performance training.
The Academy brings an opportunity for members of Black communities to learn a sport that may be less familiar. Because pushing beyond familiar boundaries can be an essential aspect of personal growth, figure skating lessons may offer people of African descent an experience outside the lines of familiar, and thereby expand perceptions of what is possible in life. In that way, Dream Detroit Skating Academy may be as much a place for learning physical skills as it is a catalyst for imagining more and higher in life.
Click below to learn more about the Dream Detroit Skating Academy, the product of three extraordinary Black women reminding Detroit communities that there are no boundaries to what Black people can achieve. 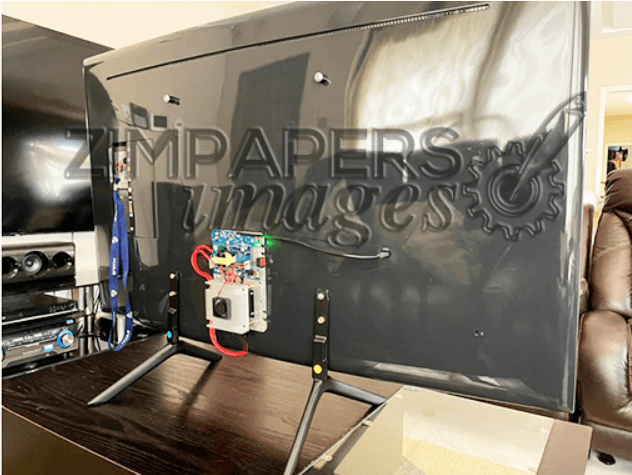 African tech genius strikes again! This time, it is Zimbabwean innovator Maxwell Chikumbutso who figured out how to power televisions without a power cord. Describing how his invention works, Chikumbutso explained, “It’s self powered and the TV uses green energy . . . That’s where the world is going now. Free energy and self-powered wireless gadgets.”
Recognizing that Africans and others without ready access to traditional electrical power sources need not be dependent on main power grids for energy, Chikumbutso began innovating green tech products many years ago. He has invented a generator, drones, and a host of other green products powered by radio frequencies. Click below to learn more.