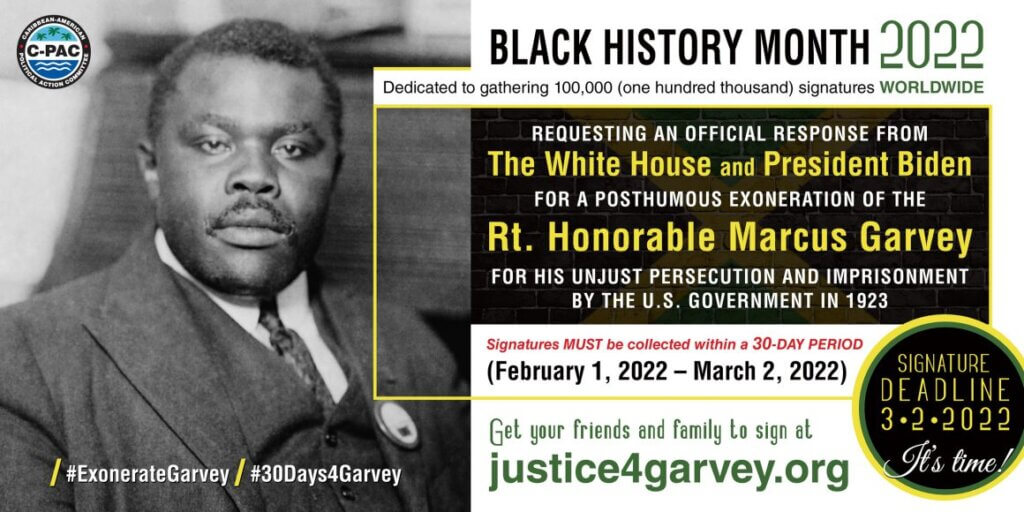 There is an opportunity to massively honor Marcus Mosiah Garvey—the greatest organizer of Black global empowerment who ever lived—with a simple stroke of a pen. By adding your name to a petition for President Biden to grant Garvey a posthumous pardon, you help rectify an unjust persecution. Here’s why your signature is greatly needed.
In 1914, as people of African descent faced colonial conquest, Jim Crow subjugation, and varied systems of racial oppression throughout the world, Marcus Garvey founded the Universal Negro Improvement Association and African Communities League (UNIA-ACL). He aimed to improve the social, political, educational, and economic conditions of Black people throughout the world. A wide range of businesses were established that included chains of groceries, restaurants, manufacturing facilities, and newspapers with world-wide circulation. The UNIA paramilitary legion, Black Cross Nurses, Black Eagle Flying Corps, and Black Star Steamship Line were formed to carry out special operations. In 1920, just three years after Garvey arrived in the United States, more than 1,100 UNIA chapters were established in 40 countries. By 1926, 11 million men and women constituted the largest Black organization in history.
No single person has done more to unite and inspire millions of Black people to love, empower, and govern themselves. That’s why preserving Garvey’s true legacy is paramount.
Please join his only surviving child, Dr. Julius Garvey, in this coordinated global movement to exonerate the Honorable Marcus Mosiah Garvey.
Click the “More About Garvey” button below to learn about Garvey’s epic work, grossly unfounded conviction, and why he must be exonerated.
Then, click the “Thank You Marcus Garvey” button below to take advantage of this time-sensitive opportunity to sign the global petition. Click “Thank You Marcus Garvey” to lend your indelible mark of gratitude for the legendary work of a great and mighty ancestor. 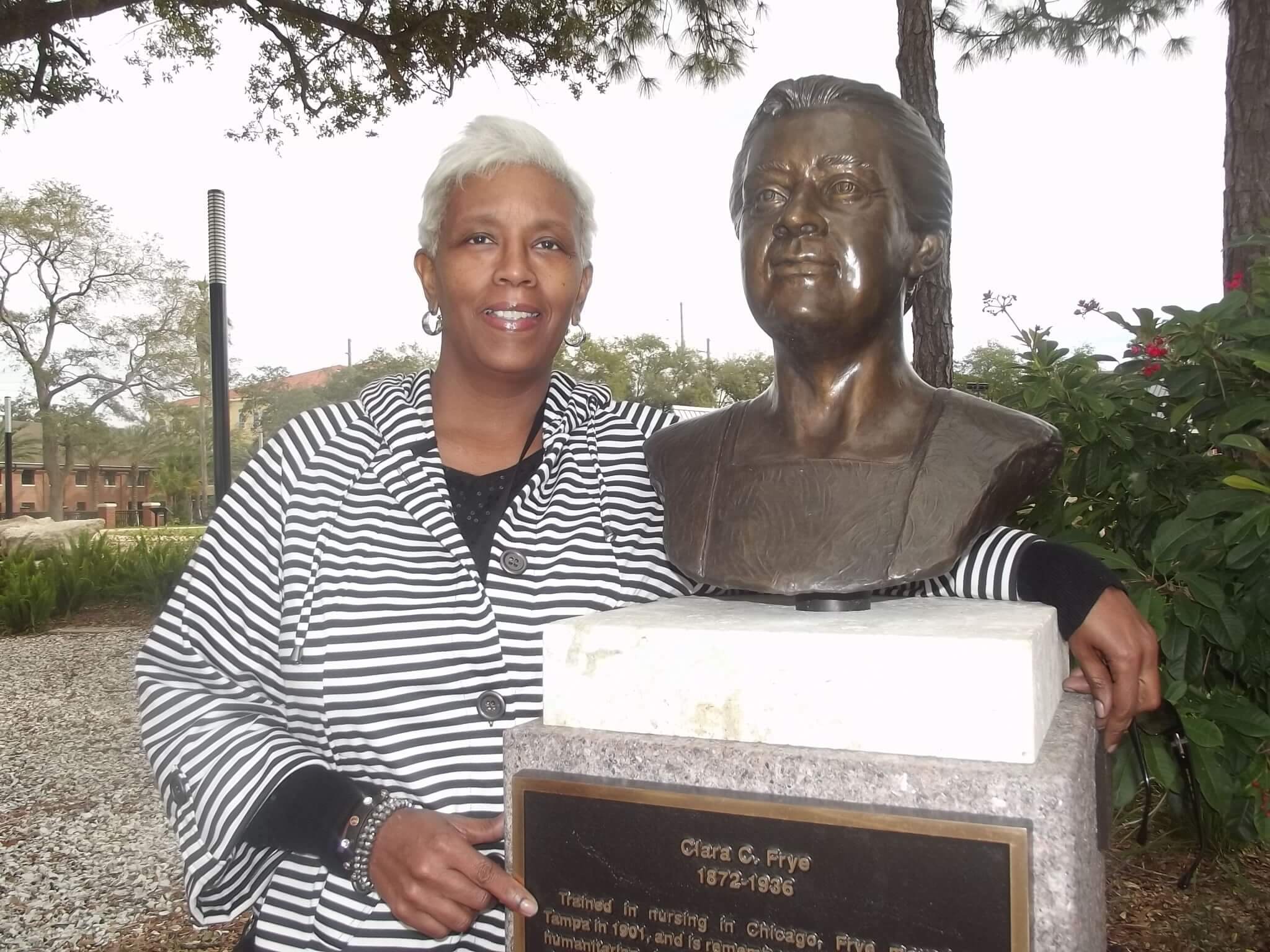 It was 1903 when Clara Frye first opened her Florida home to care for Black people needing medical care. The daughter of a Black man from the United States and white woman from London was a trained nurse who routinely heard stories of Black people dying after being denied treatment at white segregated hospitals. Deeply committed to caring for Black people and others who lacked financial means, Frye devoted her life to building a health care delivery service. Her efforts produced the 1929 Tampa Negro hospital that grew into the
62-bed Clara Frye Memorial Hospital.
Click below to learn more about the work of an amazing Black woman who, with very little means and a lot of self-love, managed to build and operated a  hospital for Black people. 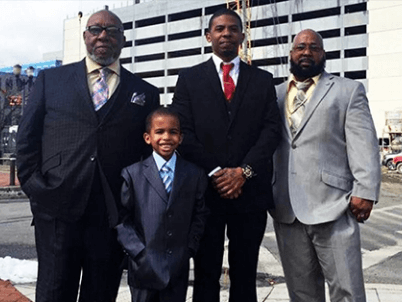 Forty years of highly regarded work recently won the Chloates G. Contracting Company multiple multi-million dollar contracts. Seven contracts to be exact, including a $25 million dollar project in Ghana, West African and another that services New York’s JFK Airport.
While Darrell K. Choates Sr. is CEO, his father, son, and grandson comprise the operational foundation on which the family business is based. The 4 men, representing 4 generations, have a broad vision for their suite of companies that includes the development of a telemedicine platform and additional technologies.
Click below to learn more about the Chloates family of hardworking and prosperous Black men, demonstrating the height to which Black family businesses can grow. 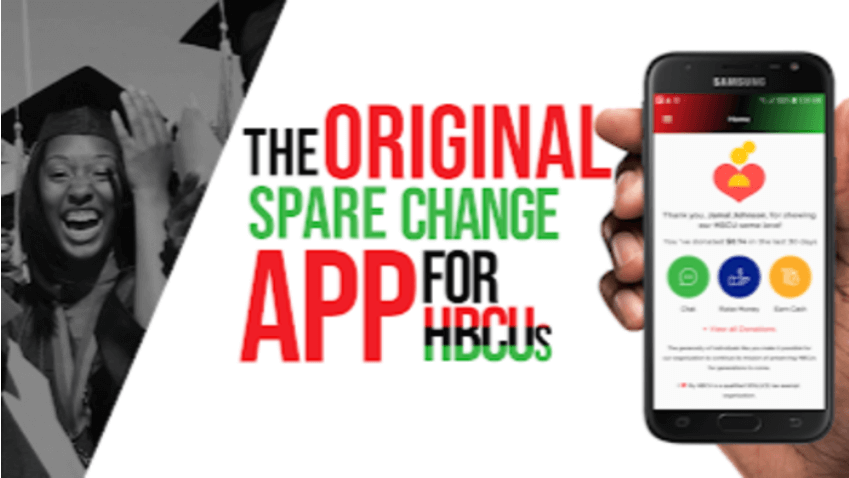 Dominique King loves Historically Black Colleges and Universities (HBCUs). Rightfully so because the graduate of Howard University greatly benefitted from the supportive community and academic rigor she experienced as a student. Wanting to fortify HBCUs so that others might similarly benefit for years to come, King created the “I Heart My HBCU” app. It allows users to donate to HBCUs the amount of change remaining after rounding up the cost of everyday purchases to the nearest dollar.
While spare change donation technology has been around a few years, using it to support HBCUs presents a fresh way to leverage collective power. As one African proverb reminds us “Many hands make the work light.”
Click below to learn about the young Black woman who created a simple and powerful way to financially strengthen HBCUs. Be inspired to support those higher education institutions designed with the needs of Black people in mind. 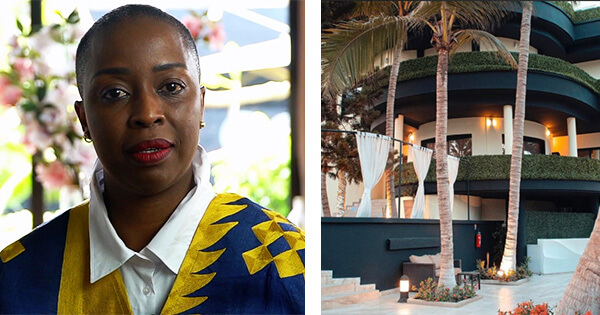 Years ago, Souadou Niang worked as a housekeeper at a Ritz Carlton hotel. Today she is the proud owner of the Palms Luxury Boutique Hotel in Dakar, Senegal. For 10 years, while cleaning rooms and contemplating her future, the idea of owning a hotel grew into a clear and viable goal Niang chose to believe was possible. So, when opportunities to learn more hospitality industry skills became available, Niang took advantage of them. Over time, she acquired the executive management skills hotel owners and operators needed.
With a clear vision in mind, Niang returned to her home country of Senegal in 2017. After experiencing several loan rejections, that she attributes to male biases against women entrepreneurs, Niang secured sufficient financing to establish what is now described as a five-star boutique hotel.
Click below to learn more about the smart and persistent Senegalese woman who first held, and then manifested an amazing vision of a greater life. Be inspired to pursue your vision, today and always. 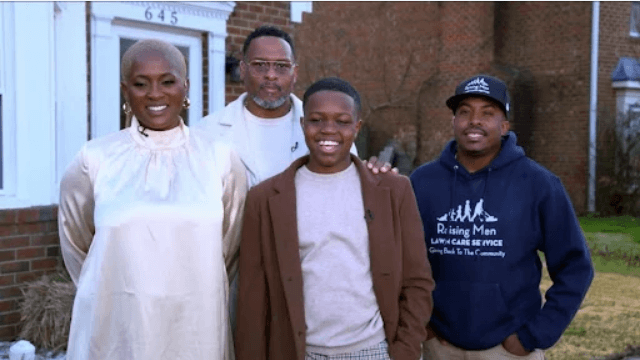 Encouraged by his father, Phoenix Brown signed up for a challenge to voluntarily cut the lawns of 50 elderly and less abled neighbors. Doing so apparently touched Brown’s heart as he was then inspired to use the tips received from lawn cutting to buy food for the homeless. For his exceptional acts of kindness, the 13-year-old received notable public recognition that included a $10,000 service award.
Taking note of how giving to others helped her son develop good character, Brown’s mother explained, “This program really has helped him to build confidence . . .  his communication skills, his ability to network; all of those things matter in life.” Ms. Tetteh’s remarks are a reminder that hard work and giving to others can build character and become as much a gift to the giver as it is to the recipient.
Click below to learn more about Phoenix Brown, the teen being forged into a compassionate and responsible Black man by routinely helping others.

Black people have a long and illustrious history of turning rejection into triumph. Comedian Kevin Fredericks recently borrowed a page from that history when, after a litany of failed pitches to Hollywood execs, the digital sensation built his own entertainment platform where he could feature entertainers of his choosing, including himself.

The KevOnStage streaming platform brings the work of Black and other creatives alive. It features lots of comedy, challenge shows, and a host of unscripted productions. In addition to being a space where up and coming comedians enjoy more exposure, the funny hub could also become a source of therapeutic comedic relief for Black people far too exposed to traumatizing news reports. More laughter could be particularly beneficial to Black communities.
Click below to learn more about Kevin Fredericks, a popular comedian and YouTuber who is turning rejection into a stream of opportunity, pun intended. Become familiar with a Black man relying on his own abilities to create the life he really wants.