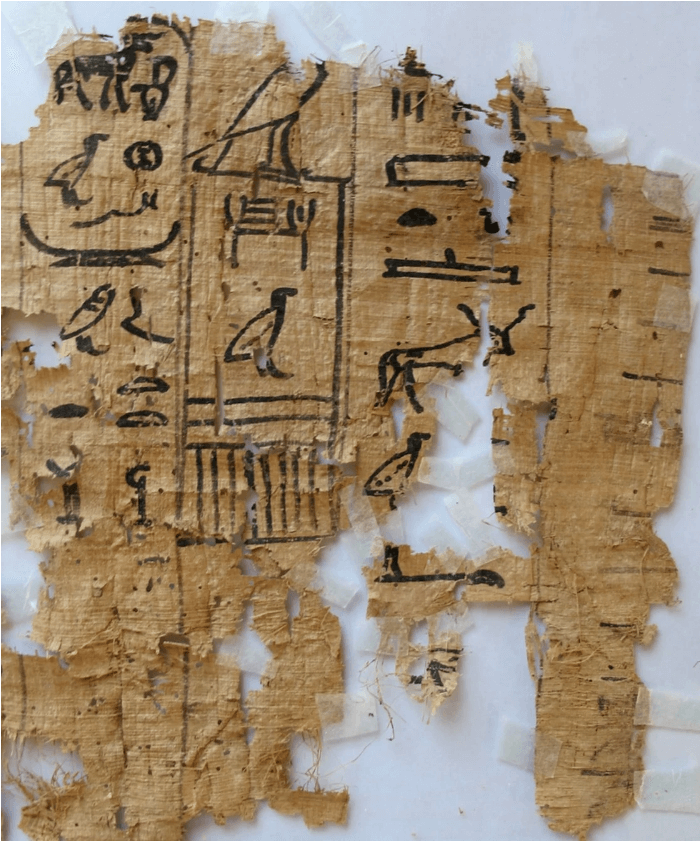 Some 5,000 years ago Africans in Kemet (Egypt) created a material on which to record and display representations of meaning. They invented papyri—a paper-like material made from the papyrus plant. It is the product from which the word “paper” was derived.

The invention of papyri was a significant technological innovation that amplified how African knowledge would be documented and preserved. Today, old papyri writings and drawings are rich sources of evidence that an expansive knowledge-base was developed in Kemet.

Click below to learn more about the creation and use of papyri as an important medium by which African ancients left the world  its foundational knowledge for math, science and much, much more. 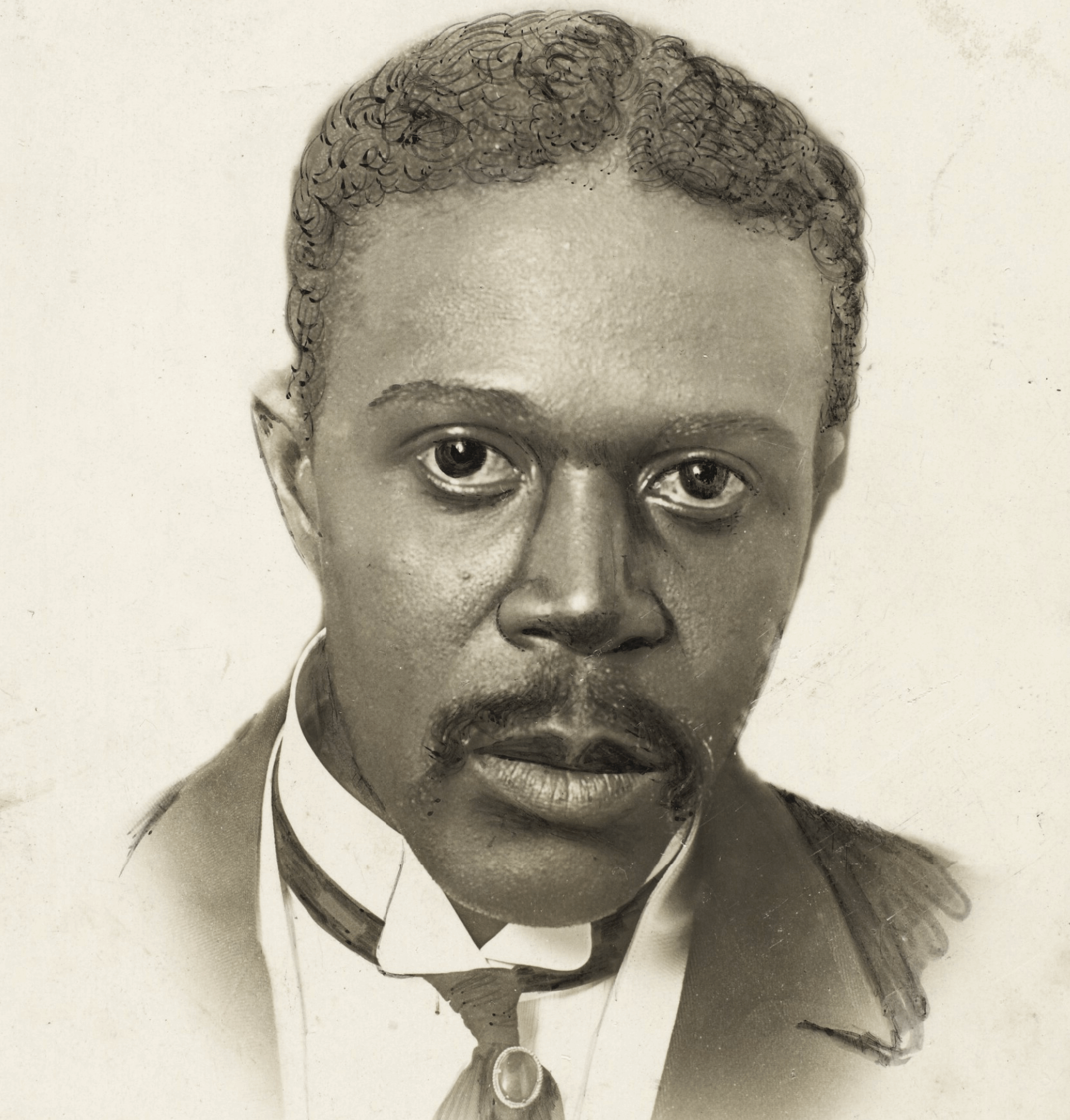 In 1848, when African resistance to enslavement in St. Croix, Virgin Island became unstoppable, slavery was abolished. Like the struggle for equality Black people in the United States began after emancipation, Black citizens of St. Croix initiated relentless campaigns to gain fair social, economic, and political rights. In both locations courageous leaders emerged to lead their respective fights. One of St. Croix’s ardent and highly celebrated leader was David Hamilton Jackson.

A charismatic and determined leader, Jackson devoted his life to making varied demands that the Danish government provide better living and working conditions for Black people. The bold activist who became a union leader, politician, publisher, and more was known as the “Black Moses” of St. Croix.

Dismissed from several positions because of his criticism against Danish authorities, Jackson eventually found his way to the United States where he studied law at Howard University. While in the U. S. Jackson undoubtedly learned first-hand how Black people in different locations in the world are indeed  linked by their shared fight for racial equality.

To learn more about the dedicated leadership of David Hamilton Jackson, and why November 1st is a national holiday to honor his work and memory, click below.

It was years of scientific education and elite training that prepared Sian Proctor to become the 1st Black woman to pilot a spacecraft. The geoscientist and professor credits her father, a member of the ground team that supported the Apollo 11 spaceflight, with nurturing her interest in science.

In addition to substantial scientific expertise, Proctor developed other talents less common among scientist. She is a practicing artist and poet who believes cultural expression is a vital aspect of science. Apparently, Proctor’s interest in the arts was an asset during the selection process that helped her synch a position on the flight team. Proctor explained that, “. . . when I applied to go to space on Inspiration4, I said, Look, you need to send an artist and a poet . . .  The human part of us is the art, the music, the dancing, the expression, the culture that we bring along with us. It’s not just about the science, the technology, the engineering, and the math that gets us there.”

Click below to learn more about Sian Proctor, the brilliant spaceship pilot bringing a refreshing perspective to science by highlighting the value of human creativity in scientific application. 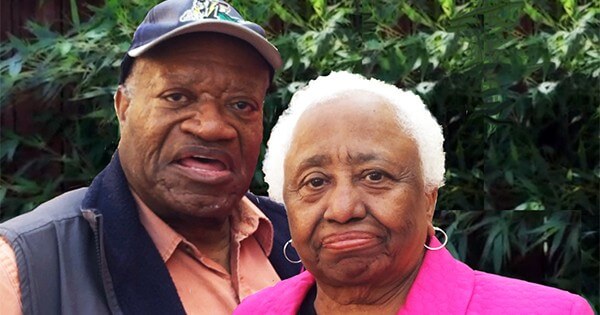 Sixty years ago Leo Sullivan began his journey to “uplift and inform Black families through animated interactive content.” During his vast career, he worked with Warner Brothers, Hanna Barbera and many leading studios to produce and direct award winning animation. Throughout his career, Sullivan has devoted his work to building the confidence and character of Black youth.

Supported by his wife, the Sullivan’s have amassed a multi-brand media conglomerate that includes AfroKids, and AfroKidsTV. They were recently honored for their lifetime achievements as recipients of Jesse Jackson’s Operation Push Legacy Award. At this time, when Black youth are spending more time than ever consuming media content, the wholesome programming the Sullivan’s offer is invaluable.

Click below to learn more about Leo Sullivan and his stated commitment to “Building our children’s self esteem & reconnecting them to their cultural heritage . . . “ 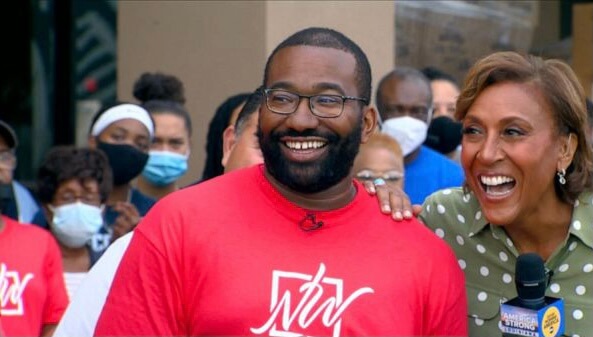 If it’s true that challenges reveal personal character, Samuel Mamou has unveiled himself valiant and strong. In the wake of Hurricane Ida that recently ripped though Louisiana and left many without food, water, and other needs, Mamou went to work. Not simply to help his immediate family, but to assist neighbors and the wider community. For his selfless leadership, the husband and father of five appeared on Good Morning America where his heroism was celebrated.

Mamou’s actions are consistent with a long legacy of Black self-help that includes helping others. His leadership reflects values rooted in African culture that celebrates collective identify, responsibility, and well-being. To learn more about Mamou, the Brother who exemplified a kind of collective self-regard that has long sustained people throughout the African diaspora, click below. 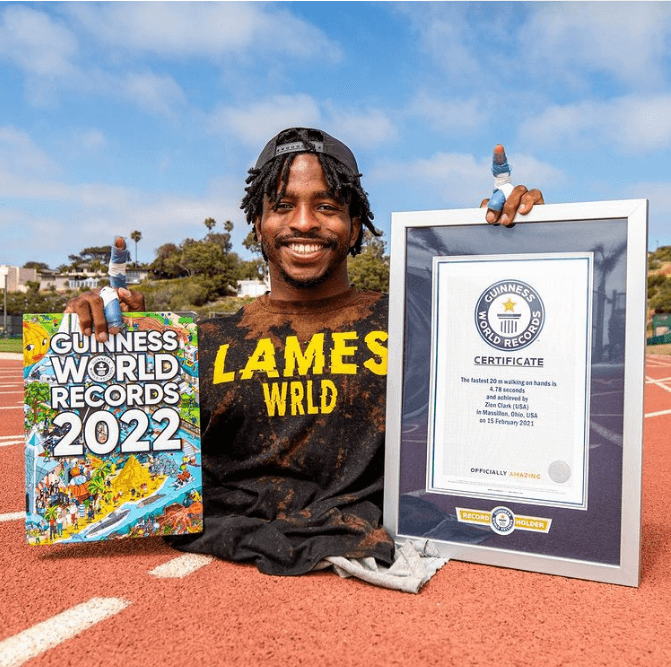 Differently abled Zion Clark recently ran 20 meters in 4.78 seconds on his hands, to earn a Guinness record. Without legs, the 23-year-old lionheart previously distinguished himself in high-school by regularly competing against and defeating full-bodied athletes.

As Clark continues training for and enjoying a life accentuated by high achievements, he powerfully demonstrates that success is largely governed by mind-set. By cultivating a champion mind, anyone—including Black folks differently abled—can and do accomplish against tremendous odds. No wonder the message “No Excuses,” is tattooed in large letters across Zion’s back.

To learn more about Zion Clark and the advantages his champion mindset affords, click below. 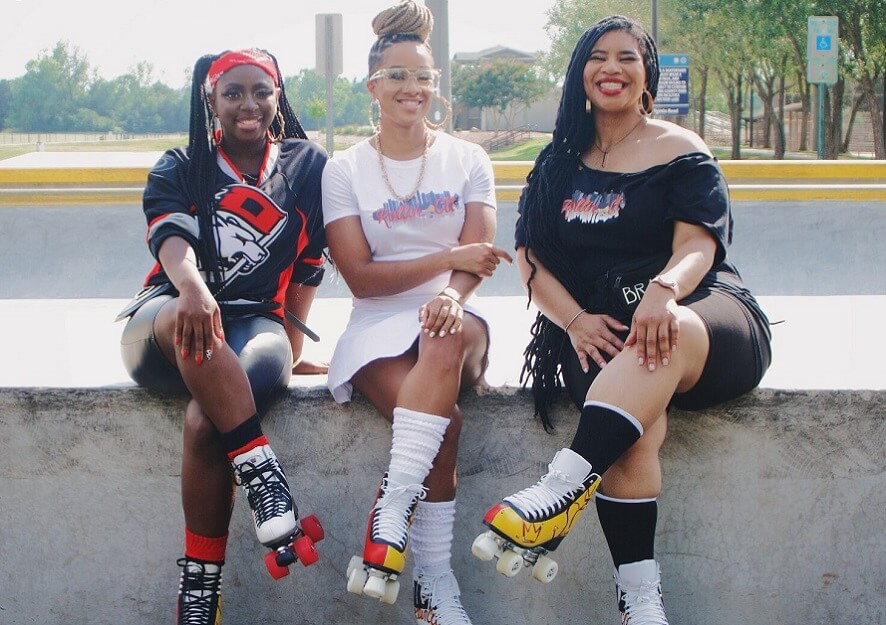 In keeping with the tradition of Black people finding “a way out of no way,” three Black women have figured out a safer way to  roller skate amidst the COVID-19 pandemic. Brandi Fox, Kendra Holmes, and Sh’niqua Ussery teamed up to open Rollin CLT, an outdoor roller-skating rink with a live DJ that is serviced by rotating food trucks.The business is organized to separately accommodate adults and children, limiting the span of people skating at the same time. As seasons change and temperatures drop, heating lamps will be installed to help make planned tailgating skate events all the more cozy.

To learn more about 3 audacious Black women who have closed ranks to implement a novel business concept, click below.