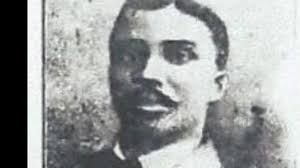 Increasingly, the history of Black Wall Street—a Black Oklahoma community that flourished during the early 20th Century—is becoming known and celebrated. It’s serving as an example of what Black folks have done and therefore can do. O.W. Gurley was the industrious young man who acquired the land on which Black Wall Street was built. While interest in the success of Black Wall Street continues to grow and inspire, exploring how its foundation was laid may be instructive. Using lessons from history to inform strategies for achieving today can be invaluable.

So, who was this 21-year-old man who had already achieved an impressive measure of success as educator and entrepreneur before traveling to Oklahoma? What actions did he take that yielded incredible results? What vital aspect of community development appears absent from his efforts? Click here to learn more about the person and processes central to developing what became one of the most prosperous and self-determining Black communities in the United States. Note insights gained that help inform how to create safe and prosperous Black communities today.