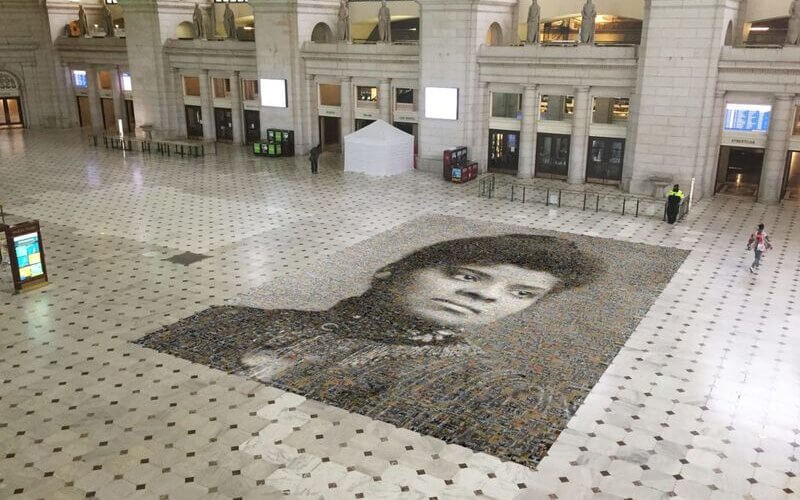 Similar to the way smart phones reveal video evidence of unprovoked police assaults, Ida B. Wells-Barnett uncovered lies and deceit used to justify lynchers and lynchings. As a truth telling investigative journalist, she uncovered evidence of murderous routines systematically hidden. Exposing heinous injustices against Black people and working tirelessly or their uplift —including the right to vote—was her life’s focus. That’s why Ida B. Wells-Barnett is a beacon of Black triumph, and the reason we applaud the installation of her 1,000 square foot portrait as public monument.

You will find Wells-Barnett’s massive face of courage inside Washington, DC’s Union Train Station. It was commissioned by the Women’s Suffrage Centennial Commission to commemorate the 100th anniversary of the 19th Amendment. While the amendment opened voting polls to white women, Black women and men continued to be subjected to racist practices that subverted their right to vote. While August 21, 1920 marked a victory for white women, it signaled a new chapter in African American women’s fight for the  vote.

As a spirited soldier who fought on multiple fronts for the dignity and equality of Black people, Wells-Barnett’s life provides a playbook for cultivating family, fearlessness, and formidable truth. To learn more about the new portrait and public tribute, click here.