Denmark Vesey, Planned One of Largest US Slave Revolts 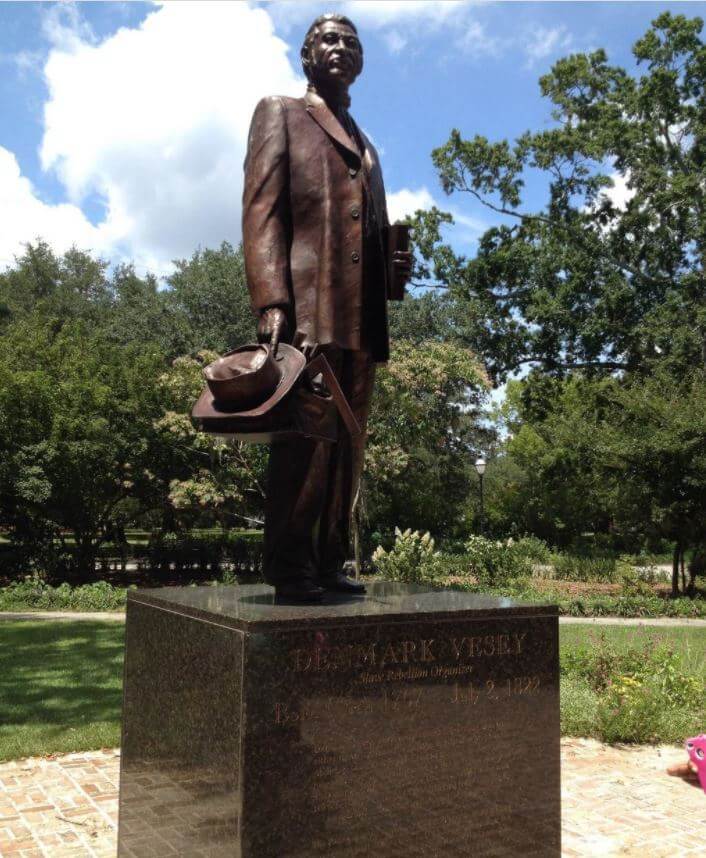 Inspired by the 1804 freedom fighters who ended slavery in Haiti, Denmark Vesey organized the 1822 Charleston, South Carolina revolt. His plan was extensive, involving those free and enslaved, who reportedly numbered thousands. The liberators were to slay captors as they slept, and then fight their way to the docks from which they would sail to Haiti. While Vesey’s plans were eventually leaked, resulting in his execution along with 37 others, his courageous vision of freedom that required him to free not only himself, is instructive.

Years before the revolt was planned, Vesey managed to purchased his own freedom and set up a carpentry business. He became a lay preacher among Charleston’s free community and worshipped at the church that became Mother Emanuel after the civil war. Despite Vesey’s relative accomplishments, his earnest offer to purchase his wife and son from bondage were refused. He was continually reminded that despite experiencing individual freedom and more opportunities than most, he was not really free until the larger community of Black people were also free.

Click here to learn more about a revolt that began in the heart of Denmark Vesey, a free man who understood how his individual well-being was inextricably tied to the well-being of other Black people.

BONUS: To listen to a vintage audio drama about Vesey’s revolt,  click here.