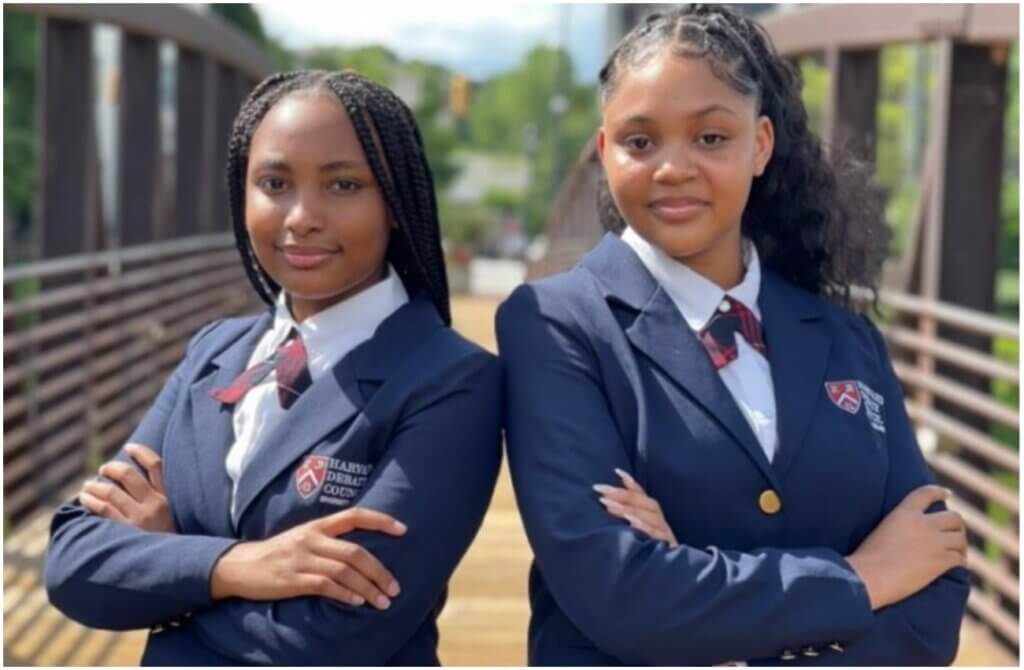 It was after the 10th round, having faced more than 100 other debaters from around the world, when Emani Stanton and Jayla Jackson won Harvard University’s illustrious international summer debate competition. The dynamic duo synched a historic victory as the first Black girl team to win.

Together, leaning into and leveraging each others skill, intellect, and creativity, they debated whether the North Atlantic Treaty Organization should substantially increase its defense commitments in the Baltic States. They were introduced to this and other debate topics as participants in the Harvard Debate Council Diversity Project, an Atlanta-based debaters pipeline that recruits, trains and matriculates Black youth into Harvard’s summer debate residency. This is the 4th win for students trained by the Diversity Project.

In many ways, Stanton and Jackson’s victory was not their’s alone. Their exemplary achievement helps expand the pathway of possibilities Black girls and boys throughout the world, can see and follow. Click here to learn more.